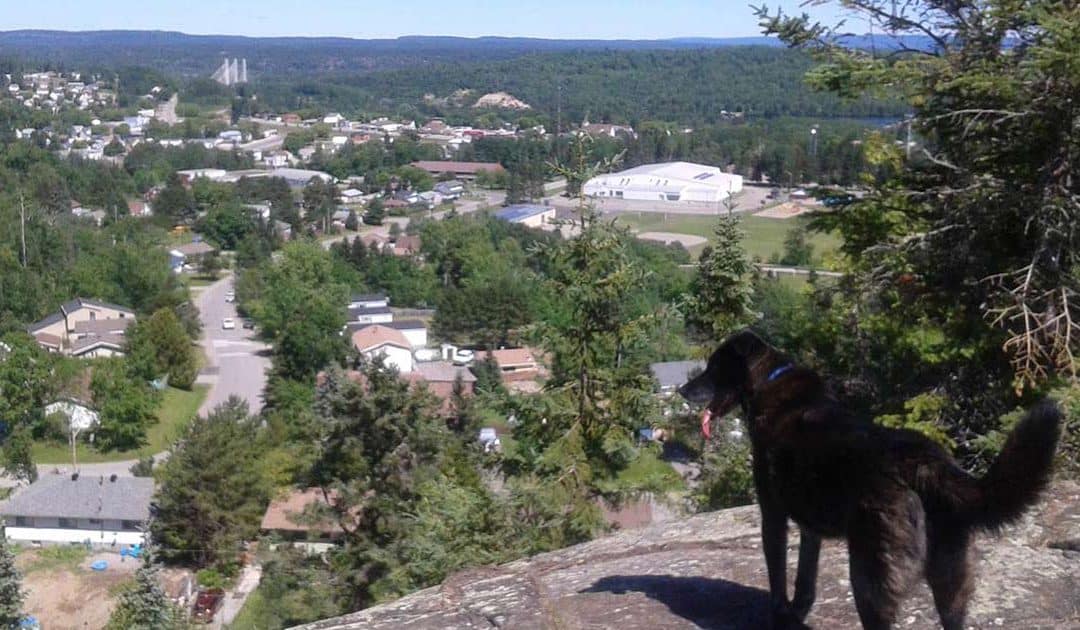 Recently, Councillor Collins has decided to step down and move to be closer to her family, good for her.

Most people in town who follow this development assumed that I, who ran in the last democratic election in Nipigon would be offered her spot on the Council since I had narrowly (15 votes) came short in the 2018 election. This is not the case.

I was never contacted by the Township or any councillor or any representative at all. The first official notification I received was an ad in the local paper looking for anyone in Nipigon to “apply” for the open position. Applications are open to the general public and will be handpicked by Nipigon Council who will decide who will get to sit in the vacant seat.

This is well within the elections act, which states:

263(1) Filling Vacancies – If a vacancy occurs in the office of a member of Council, the municipality shall, subject to this section,

(a) fill the vacancy by appointing a person who has consented to accept the office if appointed;

When I filed my papers to run in 2018, the implication was that every other candidate and I had consented to accept the office if appointed – covering the full four years of the potential appointment.

This is why most municipalities who have “runner-up” election candidates offer the position to them. They have already consented. At first, I thought this was just a difference in interpretation; however, the Facebook post/text paints a different picture.

It specifically says: (I’ve included it to the right)

“Council reviewed three (3) options to fill the vacancy which included:

After viewing the pros and cons of each option, the Council selected to Call for Nominees. This option allows the Council to select a new member and has been used by the Township in the past. “

So they did weigh the pros and cons of the first choice, after all, deeming me as a “CON” for that choice (53% of Nipigon voters voted for me).

The last line seems to be a reasoning for people to accept this because it has been “done before”. Most of the time, when the call for application is made, it is because there were no runner ups or the runner up garnered so few votes. Nipigon has appointed individuals from the previous election results as per option one in the past as well. I received more votes than our Mayor did.

So how many of those “past appointments” were made with no runner up candidates? How many votes did past runner-ups who were appointed receive? Were these questions even asked when weighing the “pros and cons” by the Council?

So here I am filling out an un-democratic “application” for a council position I democratically ran for and nearly won in 2018. That’s ok; it’s clear what the Council thinks of me, I will run again in the next election as its even more obvious change is needed in our little town.

I will be posting my application/qualifications letter very soon, just finalizing my extensive relateable background, with the very first qualification being that over half of Nipigon voters voted for me.

What does it mean?

I, in the last election, received 54% of votes. More votes in fact than our Mayor. 15 votes less than Councillor Collins. 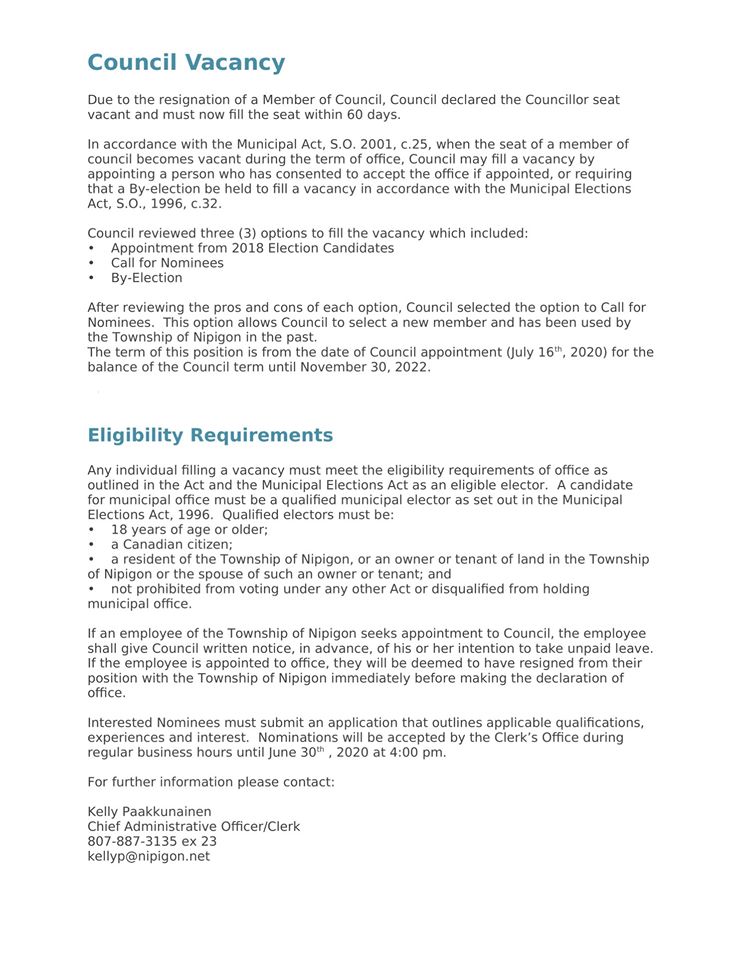 Everyone has an opinion, express yours. Be nice, try to be positive. All comments are approved first before being released to the wild.