WHAT IS PROPORTIONAL REPRESENTATION

In 2015 Justin Trudeau ran a large part of his campaign on that election being the last “First past the post” election. He would bring in a much more democratic voting method, proportional representation. In first past the post elections, the government is formed by the party that gets more than 50% of the seats. Sounds good, over 50% that’s more than half. Not really as that 50% of seats account for only 40% of the popular vote. 40% of voters win a majority of the government seats. What about the other 60% of voters?

In Canada Liberal and Conservative parties run pretty close at around 40% of popular support with another 20% distributed amongst a few smaller parties. When a single party, which represents 40% of the people controls the government, its programs and its spending while disregarding the 60% majority, it is a problem.
In the US this system is much more pronounced with only two political parties, and for the most part, whichever party is in power, they have full control.
We in Canada have our smaller parties which can cause minority governments and occasionally cooperation with the main parties.
Proportional representation gives elected seats based on the popular vote. If a party wins 40%, they get 40% of the seats. This style of representation is much closer to the ideal democratic system and offers a voice for all parties and the people they represent.
Under this system, all governments would be forced to cooperate and compromise. It allows for more diverse opinions, ideas and legislations that we the people want to be heard, acted on and enacted. We would never have to wait for a minority government to get things like the Canadian Medicare system, which was a direct result of minority governments cooperating.

In a recent Angus Reid Poll when asked:
“In order for a political party to form a majority government, it should have the support of over 50% of Canadians.”
82% said yes,
“Our electoral system should encourage parties to cooperate and compromise so that the important policies that are passed in parliament reflect the support of over 50% of Canadians.”
90% said yes.
“Some people favour bringing in a form of proportional representation. This means that the total number of seats held by each party in Parliament would be roughly equivalent to each party’s percentage of the popular vote. Do you support or oppose moving towards a system of proportional representation in Canadian elections?”
77% of Canadians said yes. (80% of liberals and those who voted Liberal, 65% of Conservatives and those who voted conservative).

This is why Trudeau’s abandoning the idea of proportional representation due to “a lack of consensus” is very troubling to me and should be a strong consideration in the upcoming election. You should all remember that one item when sitting in the voting booth in October. 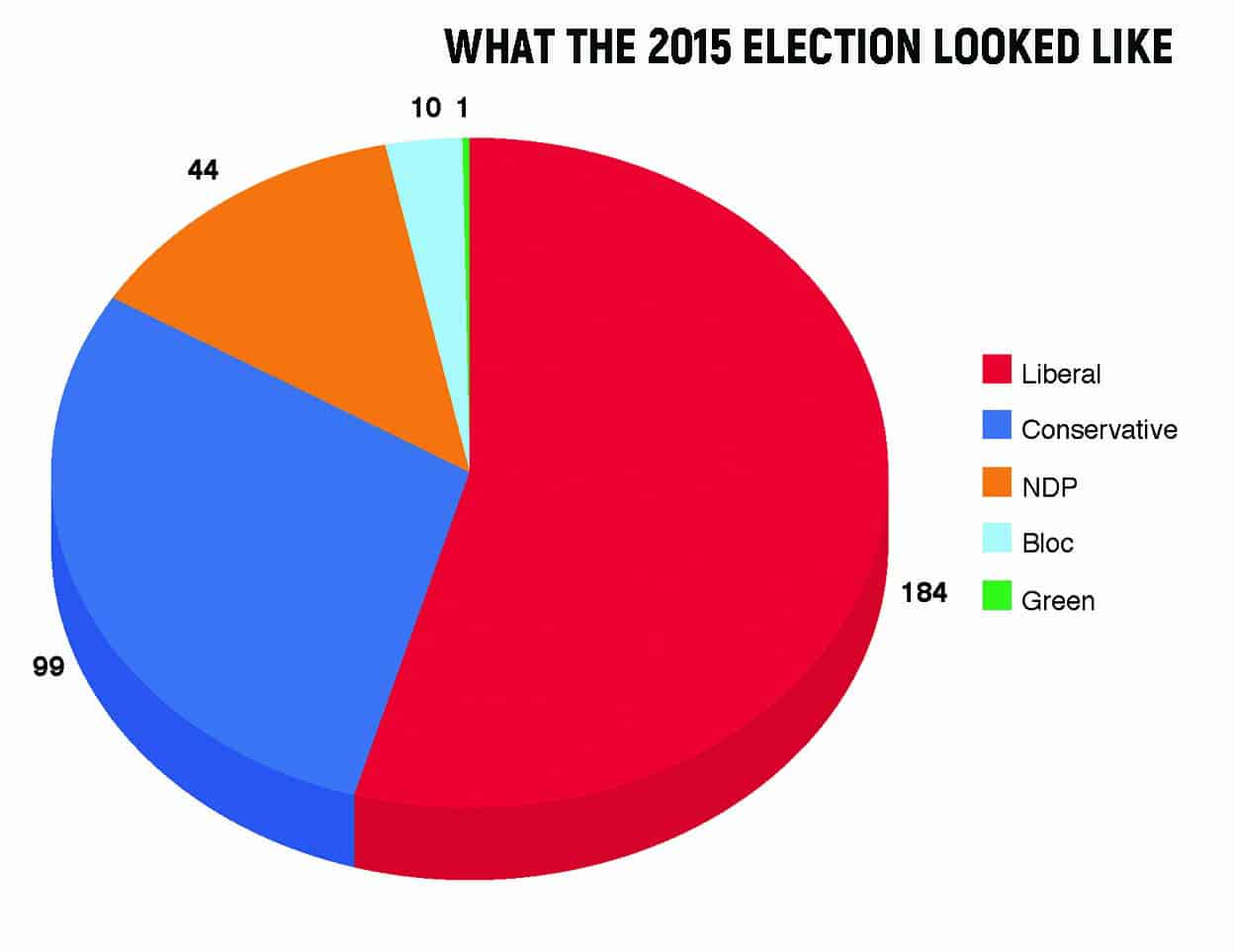 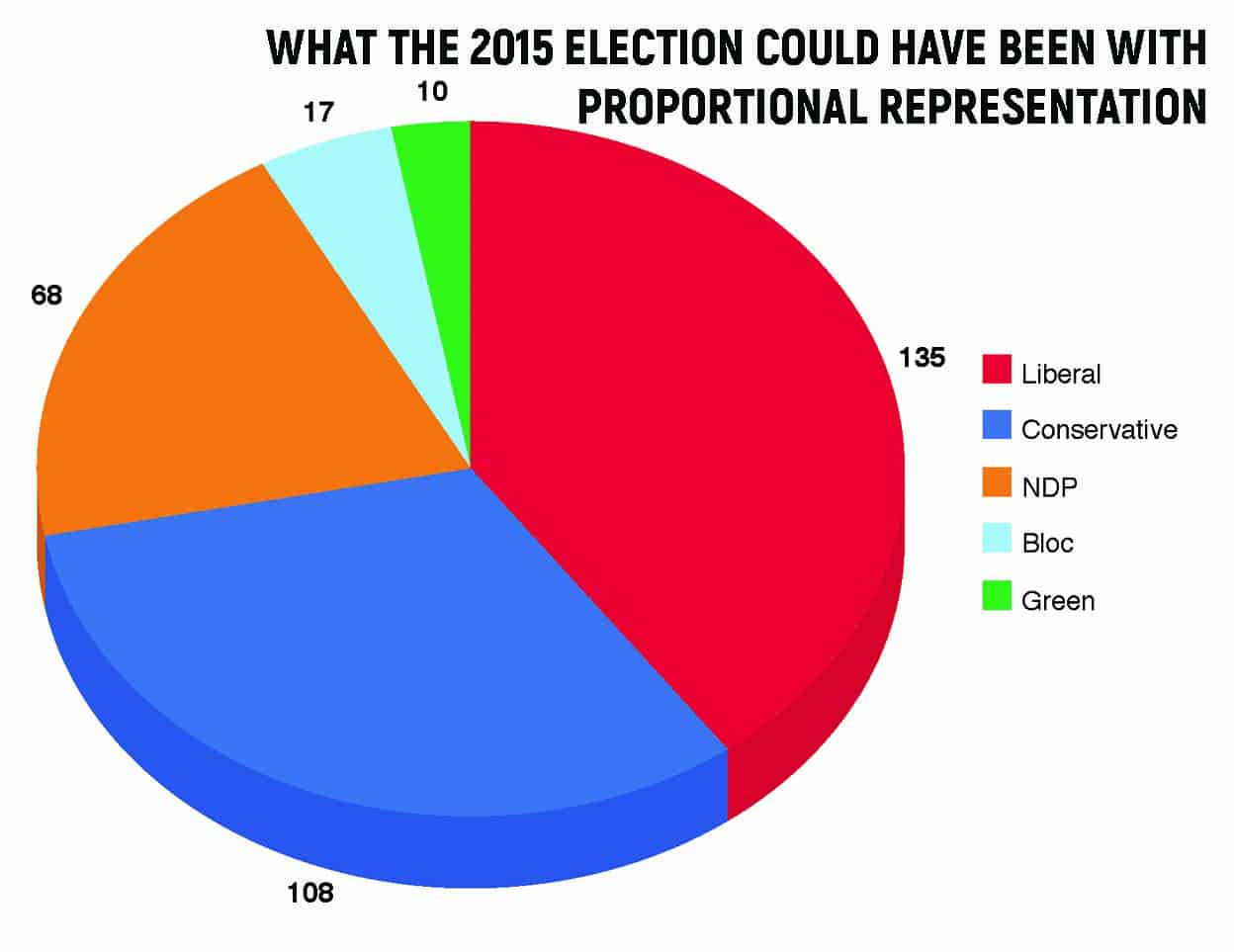